Unpacking $GME: How does crypto fit in?

On January 22, 2021, users of the Reddit community Wall Street Bets (WSB) coordinated a short squeeze on GameStop (GME), leading to a price rally of over 600% intra-day and triggering circuit breakers on the NYSE. The move was noted by major publications and unequivocally condemned by Wall Street.

A short squeeze takes place when the price of a stock rallies to the point where traders who shorted the stock are forced to buy back shares in order to minimize losses. The “WSB short squeeze” has reportedly cost short sellers, including prominent US hedge funds like Melvin Capital LLC and Citadel, nearly $20B in losses.

After five days of volatile trading, the online communications platform Discord suspended its own WSB channel on the basis of "hateful and discriminatory content.” The service was being used to coordinate another short squeeze on AMC, a movie theater operator that was particularly affected by the COVID-19 pandemic. Other short squeeze targets have included BlackBerry, Nokia and Koss Corp, and the silver market.

On January 28th, the U.S. Securities & Exchange Commission (SEC) released a statement announcing it was investigating whether WSB’s actions constituted market manipulation. Legal scholars are debating whether actions by a publicly accessible online community would fit into existing definitions of market manipulation. Discord restored access to the WSB servers and has been reportedly helping the WSB team with moderation.

In the aftermath of the GME short squeeze, major brokers like Robinhood, TD Ameritrade, E-Trade, and Webull restricted trading of the securities targeted by WSB, but provided little background about the impetus of their decisions. Positions were forcibly closed, and many investors lost money.

New visitors to the forum:

SCRF is a venue designed to facilitate intelligent discussion about issues pertaining to the entire blockchain space. Please keep these discussion guidelines to keep in mind when replying:

Citation Needed: Please substantiate your claims with adequate sources via citations or links.

Stay on Topic: Refrain from comments that are not directly relevant to the discussion.

Disclosure and Advertising: When talking about a project you are involved with, refrain from hyperbole and provide clear technical sources for your assertions. No marketing materials or promotions are allowed.

No financial speculation: Any comment that could be perceived as investment advice will be removed.

And as always, please be civil. Comments containing maximalism, ad hominems, trolling, or rudeness will be removed.

This a great topic to discuss and I think there is a lot to analyze, particularly with respect to the similarities between these Reddit groups and DAOs, as well as the differences of course.

Further, there is a fair amount of debate to be had on the extent to which crypto protocols do or do not solve the censorship/deplatforming issues.

I think there’s a couple different areas of research surfaced herein that are worthwhile for researchers to spend some time on.

DAOs are interesting in the context of the “coordinated action” that prompted the short squeeze.

An ongoing point of contention is that the actors that cornered the market this time were retail investors. But if we apply the DAO framing to WSB, how are they different than a hedge fund? If anything, their coordinated action is much more transparent than what you would expect from a hedge fund, as it takes place in an open forum.

Are there substantial differences between the GME event and when Carl Icahn’s fund cornered Herbalife shorts, which also led to multibillion dollar losses?

Sorry to just shill my own article, but if you skip to the end I talk a bit about this.

EDIT: Basically the end of the article summarizes it all down to a few important concepts, but one main aspect: we live in a world where the free market can be shut down by a centralized intermediary. Why was the DTCC charging what they were charging? Why are only the wealthy able to access platforms that were better collateralized?

Crypto solves all of these issues by being able to create decentralized exchanges that cannot be shut off by a 3rd party. Imagine if Uniswap had an error that said “Not right now, we don’t want you to make this trade.”

GME & WallStreetBets — The Need To Bust The Unjust Fintech Rails

That was a nice article, Patrick. Thank you for posting. How do you envision all those layers fitting together?

But if we apply the DAO framing to WSB, how are they different than a hedge fund?

Hedge funds generally operate according to some investment mandate and are typically hierarchal type organizations. They are generally held to reporting and performance standards by their investors to whom they have a legal obligation.

According to the WSB FAQ, it “is a community for making money and being amused while doing it. Or, realistically, a place to come and upvote memes when your portfolio is down.”.

In some ways WSB is completely different in that there is no accountability to any person for any end goal. It operates purely at the whim of the participants who can come and go as they please. In the end we may never know how well the WSB “hedge fund” would have performed because it’s pool of capital is distributed among the many individual private accounts of it’s community.

It seems harder to differentiate WSB from a DAO as it posses a lot of the qualities envisioned in DAOs. It is to varying degrees a community that is decentralized in decision making, permissionless in participation and censorship resistant through multiple channels of communication.

Where crypto can enhance such communities is through technologies that remove centralization vectors. Clearly Reddit itself is one major chokepoint, if it removes WSB that would be a major impediment to the continuation of such a community.

The current nature of the web forces users to find content by location and those locations become points of failure. A different protocol such as IPFS which uses content location can prevent such failures.

As part of the new found attention a prominent user on WSB was doxxed which now puts them in the way of all kinds of potential unpleasantries and harm. Crypto offers a lot of potential ways in which privacy can be preserved and as the saying goes “Strong cryptography can resist an unlimited application of violence. No amount of coercive force will ever solve a math problem.”

What I have found fascinating in this story, beyond the memes, tears and tendies, is the way the story was portrayed in the media. It is interesting to compare the reception of the story and our own crypto will change the world movement.

First WSB was dismiss. This is actually funny considering how RobinHood traders have supported many stocks in 2020, like Tesla, that did really well and puzzled Walls Street. No one expected to have short squeeze and gamma squeeze.

Followed a variation of this won’t last or they don’t know what they are doing. The usual portrait was

Next was a tone really surprising, at least to me, about how investing in Meme stonks was forcing hedge funds to sell their winners. Thus staying in the trade was hurting pension funds and moms and pops retirement. An example was Jim Cramer at CNBC:

Now we are wondering if this will be a lasting movement, with political aspirations. This is where it might (and did a tiny bit) intersect with the crypto space. One hand, maybe Wall Street didn’t learn the lesson so is open to be taught something again. Soon? Very soon? 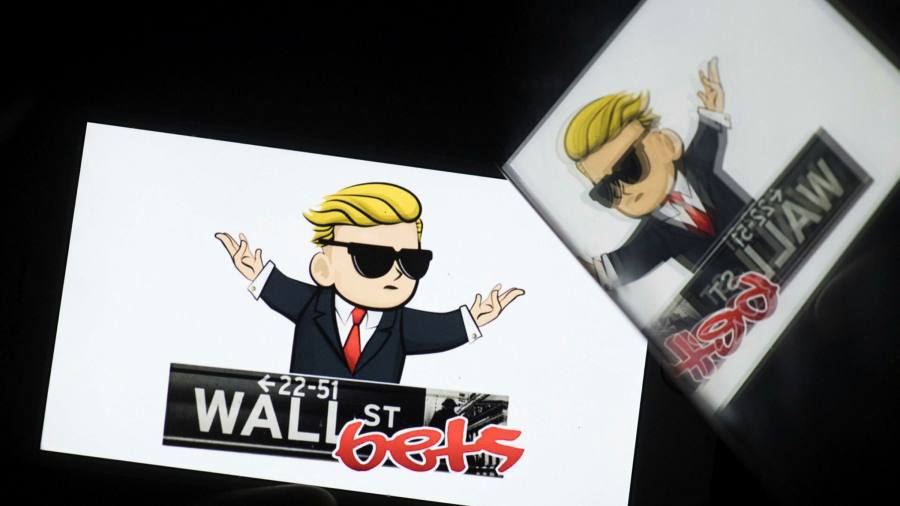 Market insouciance means the Reddit rebellion will be back

As with many popular uprisings, the authorities have reasserted themselves but have not dealt with its causes

On the political agenda of WSB, this episode of Odd Lots, which features Jill Carlson

, gives a fairly balanced take on the story. It shows how we can make an educated guess on what this meant and where it will go: 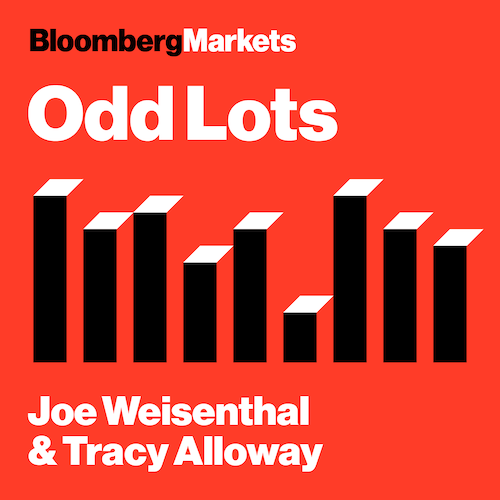 Is The GameStop Trade Really A Political Rebellion? by Odd Lots